Peter Hook vs. New Order gets really catty, and is probably going to court 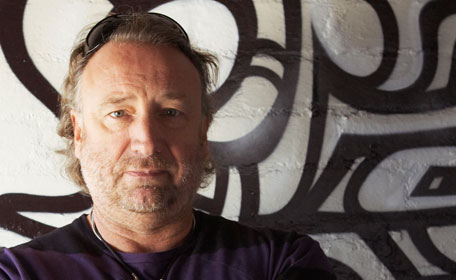 Increasingly heelish ex-Joy Division and New Order bassist Peter Hook has admitted that his battle with his former bandmates is going to court.

New Order reformed late last year for live shows, but without Hook – Tom Chapman instead taking on bass duties as keyboardist Gillian Gilbert joined the band. Hook, in an interview with the NME, has claimed that he will be taking the group to court.

“It looks like we’re going to court; neither side looks amenable to backing down”, he explains. “I’m not against them playing [under the name New Order], but what I’m rallying against is the business dealings they’ve done to secure the New Order trademark, which is oppression of a minority, which is illegal. They’ve taken the New Order name and the trademark and basically thrown me 50p and said ‘That’s all you’re worth twatface. That’s what you get for playing Joy Division music’.

“It’s a business thing. They are in a position of strength because there’s three of them, but what they’re saying is that the New Order name has got nothing to do with me and that’s what I dispute.”

Hook also claims that Chapman has been miming over a backing track of Hook’s orginal bass parts. “I’ve watched so-called ‘New Order’ playing in Auckland and Tom Chapman is miming along to my bass on tape. ‘Round & Round’. Have a look at it. He’s got his fingers on the low and you can hear my high bass in the background. So he’s miming. It’s the Milli Vanilli of bass”.

“It’s a fantastic compliment, but I best get on to my intellectual property lawyer and see if it’s something you’re allowed to do. I do think that miming to my bass is pretty much the ultimate insult.”

New Order have already responded to the claim – and guess what, things are getting increasingly catty. First off, they explain that “0n the chorus of ‘Round & Round’ there is a low bass part, a high bass part and Tom sings backing vocals. It’s more than one person can manage so Tom recorded his high bass part and it’s replayed as part of the backing track sequence. We strongly refute the allegation that New Order are using any of Mr Hook’s bass playing in our live performance.”

And then, check this for a comeback: “People living in glass houses shouldn’t throw stones or their recent fake DJing YouTube hit might need to be recalled.”

That’s right, they went there.