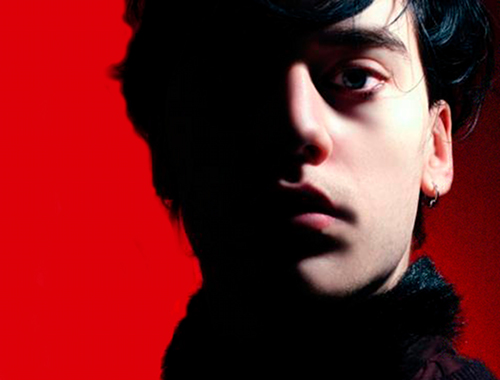 The first cut in the series will be Jimmy Edgar‘s remix of The Mole’s ‘Even Now Just Us’. The Mole’s original is a slab of soft-blush house. Edgar’s take, by contrast, is a spartan piece of electro: prickly, robotic and decimal-place precise. The records sound like pretty splendid artefacts: each disc will come printed on gold and sleeved in black manila, with design by illustrator Flavio Carbonaro and designer Henry Rumour. ‘Even Now Just Us’ is due later this month.

It’s not the only Edgar remix to have done the rounds today. XLR8R are hosting his remix of forthright producer Clatterbox, this time under Edgar’s ‘Creepy Autograph’ persona. Clatterbox’s original is a squirming electro tune a la Drexciya, augmented by tanoy vocals and languorous synth washes.

If ‘Semi-Automatic”s scattergun sonics recall the noise of weaponry, Edgar interprets the title differently: his take is much more sensuous, posited halfway between man and machine. He drags the tempo down to a crawl and guts the acid signifiers from the track. In their place, he inserts pizzicato synths, a cackling vocal sample and a much shadier groove. Said cut is available for download here.