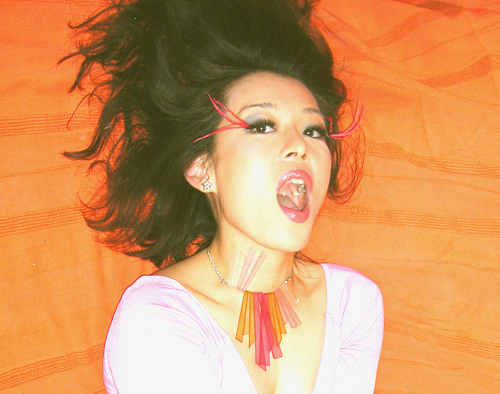 The King Midas Sound singer has put together an eclectic mixtape of  cover versions and revoicings which will be made available via the band’s website.

The project looks likely to expand on the methodology of Without You – the stunning album of versions and reinterpretations of KMS songs released late last year – to which Hitomi contributed her own re-voicing of ‘Tears’.

The first cover, to be released this coming Monday (March 26), sees the lyrics of Neil Young’s ‘Old Man’ sung over ‘Witch Hunt’ by Zomby – a fascinating combination with predictably excellent, dread-filled results. Not details yet as to what else will be covered, but be prepared for the unexpected.

One song will be put up for download each successive Monday. Once the full set are available, Hitomi will launch her own website where she’ll discuss the concept behind the project. Keep an eye on the King Midas Sound website for more info.