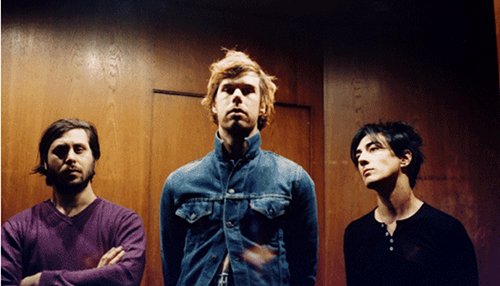 Mute’s Daniel Miller has helped produced the new album by Liars [above].

Tidbits of news regarding Liars’ latest full-length – the New York duo’s sixth in total – have been steadily revealed over the last few months, and The Quietus have just reported that Mute boss Daniel Miller has contributed production to the LP.

Miller doesn’t just run Mute of course; his 1978 single ‘Warm Leatherette’, recorded under the name The Normal, is considered one of the all-time great synth-pop records. Liars had previously claimed that one of their heroes was working on the record, but until now their identity had been a mystery to most.

Liars are famous for changing their recording environment on the regular, and this record was started when Angus Andrew and Aaron Hemphill moved to a cabin in the mountains. They then switched things up again, moving to Los Angeles. Mute will release the record on June 4.