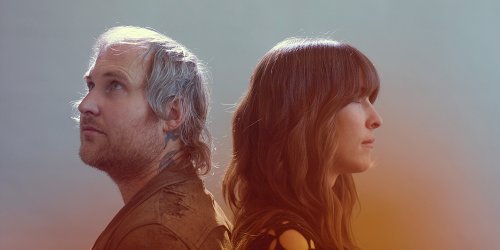 The third album to date by the duo of Aaron Doyes and Indra Dunis, its their first original release since signing to the Domino sub-label – though Weird World did reissue their 2011 breakthrough albun 936, originally released on Not Not Fun – and will arrive on June 18.

In the band’s words, “To us this record is about play and playfulness, unconditional love, rhythms and pulses, creation and vibration.” It was recorded in Brooklyn at Gary’s Electric studio, and self-produced with the help of engineer Al Carlson (Oneohtrix Point Never, Yeasayer). Peaking Lights have also made a series of mixtapes to promote the release, which features sections from Lucifer and will be appearing sporadically on lucifer.fm over the coming months.