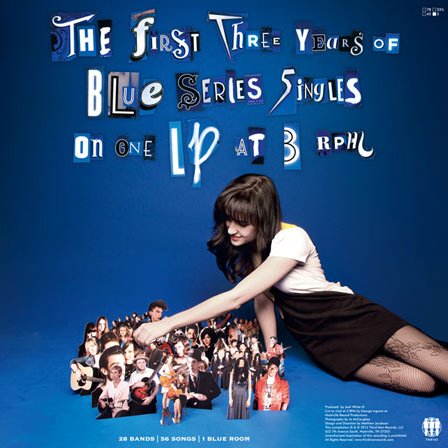 As Pitchfork report, White’s Third Man Music label recently celebrated turning three years old by throwing a party – claims that ICP burst out of a cake unfounded at time of print. So far, so normal. Except that given out at the bash was copies of the world’s first 3 RPM record. No, not 33 RPM. Three. Which means, in layman’s terms, that it spins on a record player at three revolutions per minute – a speed slower than any setting on any turntable that we’re aware of. Contained on the record is every collaborative single from the label’s “Blue Series” to date.

In the label’s words: “The world’s first 3 RPM record is a study in contradictions– it’s cut at the slowest speed yet it plays faster than anything you’ve ever heard. It’s a compilation of 7 inch records but it’s packaged like a 12 inch. But the 12 inch sleeve is made like our 7 inch sleeve (as it is one continues piece of paper folded in half and put into an acetate sleeve). A bit like a snake eating its own tail. It comes with three bumper stickers yet there is no bumper.

“We gave it away for free yet given what it has fetched on eBay it is proving to be fairly valuable. It’s easy to play but impossible to hear. You put your finger on it to slow it down, but this is no easy task (as evidenced by these YouTube videos) and we estimate it would take 333 days of 33 hours training per day for your finger, hand, and arm muscles to spin at a continuous speed of 3 rpm for X hours and X minutes.”

And there you go. Unless we’re mistaken (always a possibility), that makes it the world’s slowest record, though a gallery in Newcastle recently played regular 33 and 45 RPM records at a rate of three for the sake of “slow art”.