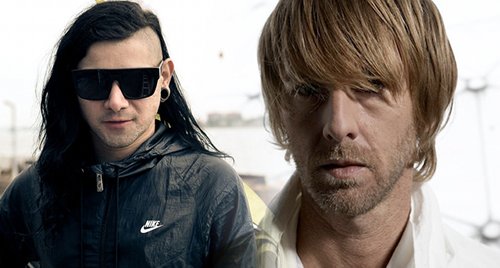 Two of the biggest names in dance music have finally met.

As part of Mixmag‘s recent Richie Hawtin takeover of the mag, the Minus overlord and minimal techno icon interviewed Skrillex, one of the most divisive artists on the face of the Earth right now, and – whether you like it or not – the biggest star that dubstep has produced to date.

Kristan J. Caryl, who moderated the chat, has now posted the full transcript on his blog. In it, Hawtin and Skrillex discuss the pitfalls of being famous, turning down “million dollar deals”, and at one point, Hawtin hilariously asks Skrillex if he remembers what was going on with electronic music in 1993. Skrillex was born in 1988. How old does that make us feel?

You can read the full transcript here, and while doing so, we suggest you think of the outrage this is going to cause when it’s posted on Minus’s social networks. If you see smoke on the horizon, it may well be a mass towel-burning.