Directed by Edgar Honetschlager, AUN – or, to give it its full title, AUN: The Beginning and End of All Things – deals with the story of a Japanese scientist, Sekai, who’s searching for an alternative energy source. He eventually kills himself after conducting experiments on his own body, leaving his son Aun an orphan (his mother, Hiraki, dies during childbirth). 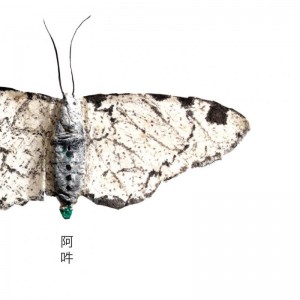 Twenty years late, a deaf Brazilian mathematician called Euclides strives to continue Sekai’s research, but realises the key lies in a sea snail that Aun found on the beach as a child, leading him down a path of fairies, Yakuza members and more. It’s soundtracked by Fennesz, an acclaimed Austrian composer and sound artist, with appearances from Ryuichi Sakamoto.

A Fennesz CD titled AUN has now cropped up in the pre-order sections of several online stores. Information beyond that is a little scarce, but it does appear to be the film’s soundtrack, packaged with a full colour booklet of stills from the film, and artwork designed by Philip Marshall. Some of the tracks have appeared on record before, on Fennesz and Sakamoto’s 2007 album Cendre, but the majority of it is new material.

It’s not the only recent release from Fennesz: he recently teamed up with Touch owner Jon Wozencroft for Liquid Music.

AUN will be released on April 30 through Ash International.