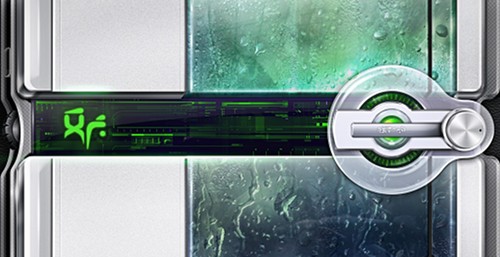 First, John Carpenter-fixated duo Gatekeeper, who released on Michael Mayer’s short-lived Fright label before finding a more permanent home on Hippos in Tanks, have announced Exo. That’s the artwork, above.

Where Gatekeeper’s last record Giza was eventually accompanied by a VHS release, Exo‘s visual side will be taken that one step further via “a first-person gaming environment designed by Tabor Robak, in which one explores various worlds inspired by the tracks on the album.”

“To exist in an immersive interactive simulation is truly befitting of the album’s simultaneously organic and synthetic nature”, apparently. Exo will be released on July 17 by Hippos in Tanks.

Meanwhile, Bristolian dubstepper Komonazmuk will release a new, self-titled album this May. Released on hometown label H.E.N.C.H., it features ten new tracks from the Appleblim collaborator, and will be preceded by two three-track album samplers. No tracklist for that one yet.