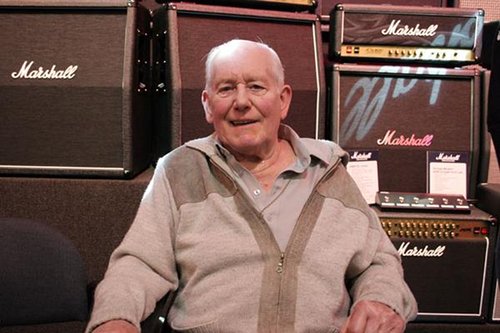 Reports are coming in that Jim Marshall, inventor of the legendary Marshall guitar amp, has died aged 88.

The history of the man and his invention are intimately tied up with the ascent of rock in all its forms, and the legacy left behind by the so-called “Father Of Loud” is vast.

Born in West London in 1923, Marshall originally worked as a drum kit retailer before launching the first Marshall amp in 1965. It fast became the go-to amplifier for 60s rock iconoclasts including Jimi Hendrix and The Who. Later, its unparalleled power and clarity made it an integral part of the arsenal of any self-respecting metal band – these days, imposing Marshall stacks can still be seen looming large at Sunn O))) gigs.

Marshall have published a brief obituary on their website, which you can read here.