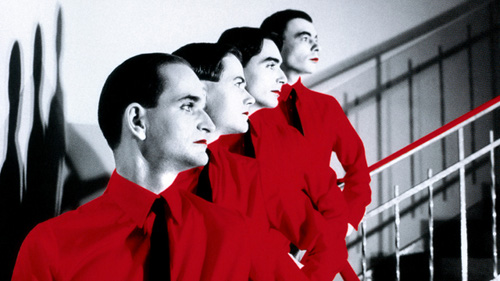 Kraftwerk, you’ll have gleaned, are about to begin of an eight night residency at New York’s Museum Of Modern Art.

To commemorate the run, the band are releasing a limited edition version of their 2009 box set The Catalogue. On its original release, the set contained remastered editions of all of the band’s seminal albums, augmented by fancy supplementary booklets. The differences between the 2009 and MoMA box sets are fairly superficial: The Catalogue circa 2012 now comes in a black box. Each copy will be individually numbered, and only 2000 will be produced. One for the completists, in any case.