Eve is back, new single due this month 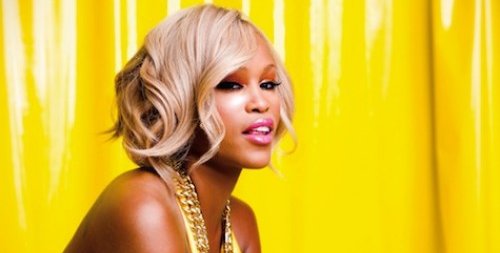 The Philadelphia MC emerged in the late ’90s as one of the most distinctive rappers in DMX’s Ruff Ryders clique. Her first album, 1999’s Ruff Ryders’ First Lady was the first album by a female rapper to debut at number one on the US Billboard Charts, and Eve then hit the singles charts pretty hard too, collaborating with No Doubt’s Gwen Stefani in ‘Let Me Blow Your Mind’ and having her biggest solo hit in ‘Who’s That Girl?’, from 2001’s Scorpion.

in recent years, Eve has been focussing on acting, with her fourth album delayed since 2007. She’s now, however, back, with a new single due later this month and an album (which may or may not be that record from 2007, though after three title changes, two singles and four years of delays you’d think she’d want to leave that one behind) scheduled for later in the year. In a new interview with TheWomenofHipHop, Eve claims that “[her] whole goal for this record, since it’s been so long, I wanted to make sure that my core audience didn’t feel like Eve completely forgot about us and went to another side”.

“I feel like this record is well rounded. It has enough of the hard street stuff, it has some radio stuff, but it also has some stuff that people can listen to when they’re feeling down.”

Ruff Ryders have been in the news quite a bit recently: Swizz Beats’ role at recently shot-down filesharing site Megaupload still seems up for debate, while DMX apparently has two albums due out in 2012. He also definitely doesn’t trust Lil B.