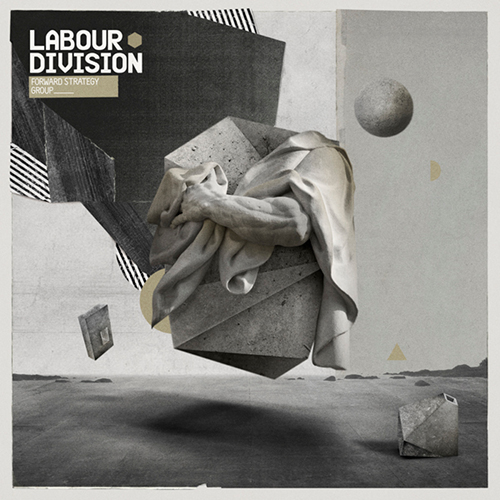 Perc Trax aren’t in the habit of putting out music with gloss or frills.

No shimmering hybrid-house here: Perc’s label go in for heavyweight techno and industrial signifiers in a big way.  Donor/Truss, Lucy and Perc himself are among the artists to have turned out aphotic dance-not-dance for the label. Forward Strategy Group, one of the label’s central signings, are now set to continue the trend with their debut full-length.

Labour Division is set to drop in May. The album will be the first Perc Trax full-length of the year. The record promises to see the pair at “at their most melodic but also their most brutally uncompromising” – a precarious marriage, but one that should produce some interesting results. The duo have previously turned out singles and EPs for Stroboscopic Artefacts, Dynamic Reflection, and their own self-titled label.

Prior to the release of Labour Division, FSG will also release a 12″ featuring tracks from the album. The first vinyl release will come bundled remixes from mercurial stomp-merchants Factory Floor.

‘Labour Division’ is due out on May 28, both as a CD and a download.