Andy Stott and Patten to remix The Hundred In The Hands 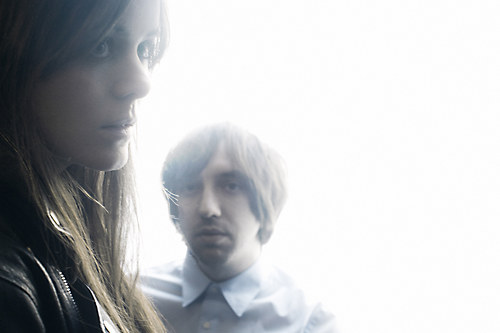 Brooklynites The Hundred In The Hands will be turning on their Red Light next month.

The electro-pop duo showed some impressive pop smarts on their 2010 debut LP, and will return with their second effort in late May. Having already announced lead single ‘Keep It Low’, the band have now revealed that some enviable names have been drafted in on remix duty.

As Juno Plus report, Modern Love spelunker Andy Stott occupies the Track 2 slot. The Hundred In The Hands personnel Eleanore Everdell and Jason Friedman have pointed towards Passed Me By and We Stay Together as key touchstones in the sessions for the new album; Stott should have not trouble accentuating the darker elements of the band’s sound. Patten will also contribute a glitchy, damaged rework. Optimo’s JD Twitch will keep things on a more upbeat tip, contributing two different remixes to the single.

The ‘Keep It Low’ single is due on May 28, with Red Light following on May 31. The album promises to be a “chronicle of late-hour pining awash in digital glow”.