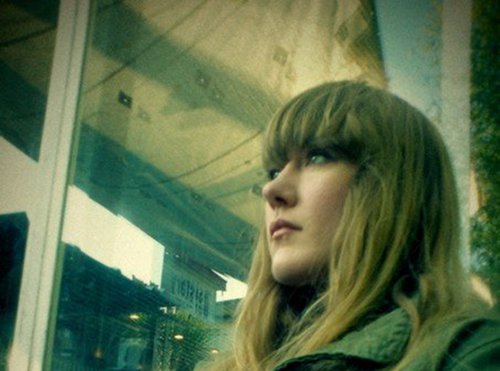 Kaleidoscope, the fledgling imprint from bitcrusher extraordinaire Patten, gets more interesting with each release.

Sculpture’s Slime Code was a broiling goober of beeps, whirrs and found sounds. The second release on the label comes from Michigan-born, London-based experimentalist Karen Gwyer. I’ve Been You Twice, Gwyer’s first official release, will be emerge on C30 cassette; the run is strictly limited to 13 copies.

FACT have the first play of the video for EP stand-out ‘No Moondoggies For 3 Weeks’. The track is exceptional, a whirling five minutes of clattering drum rolls and coruscating synth work. Gwyer’s wordless vocalisations bring Julianna Barwick to mind, but her restless percussion programming keeps things from drifting into nebulousnesss.

Kaleidoscope definitely go in for hypnotic clips, and ‘No Moondoggies For 3 Weeks’ is no exception. An array of scrolling patterns cycle past, interspersed with obscure flashcards. The effect is like sitting a particularly trippy non-verbal reasoning test.