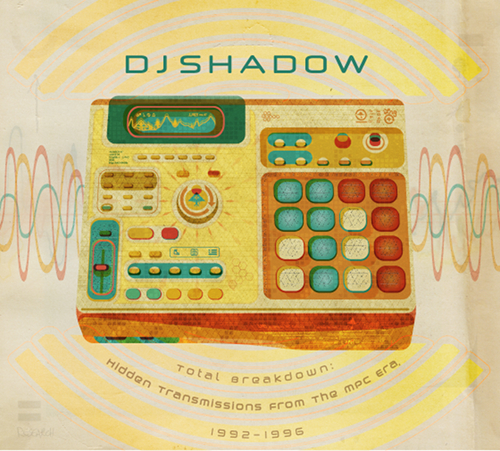 DJ Shadow’s classic Endtroducing… and The Private Press were masterclasses in canny cratedigging.

Rather than messing about with other people’s records, DJ Shadow is now about to rifle through his own archives. As Pitchfork report, the California native is set to compile a glut of previously unheard juvenilia.

Total Breakdown: Hidden Transmissions From The MPC Era, 1992-1996 will contain sketches, curios and rough takes. The tracks cover a period when DJ Shadow was experimenting with the potential of the MP, and includes tracks from a mothballed 1994 EP with Blackilicious’ Gift Of Gab.

DJ Shadow’s opened these sorts of vaults before: his 2008/9 4-Track series offered up a bundle of unreleased material from the same era. In Shadow’s words: “I like to follow up new material with a tastefully-done archival project. As long as the old stuff is given a context and doesn’t overshadow the new, I think it’s a healthy exercise for me, and one that re-calibrates me for whatever new musical path lies ahead. I think it’s important to revisit where you’ve been occasionally so that you can determine where to go.”

The set will arrive on CD, double-vinyl and digital download via DJ Shadow’s website. A release date has yet to be set. DJ Shadow’s last LP was 2011’s The Less You Know, The Better; consensus suggested that it was far from his best work, so we’re looking forward to hearing some vintage Shadow. You can stream the slinky 1992 number ‘Dreams Of A Piece’ here.