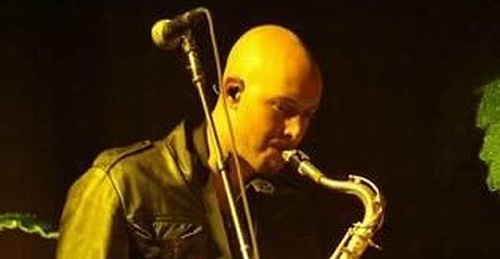 The saxophonist died Monday of an apparent suicide.

Thomas Marth, a musician who frequently played saxophone with the Killers died Monday at the age of 33. He was found in the backyard of his Las Vegas home with a gunshot wound to the head in what was ruled a suicide, according to the Clark County, NV coroner’s office.

Marth was not a full member of the Killers, but played saxophone on their two most recent albums, 2006’s Sam’s Town and 2008’s Day & Age, as well as on the band’s tour to support the latter album.

The band posted their respects to the deceased musician on Twitter. “Last night we lost our friend Thomas Marth. Our prayers are with his family. There’s a light missing in Las Vegas tonight. Travel well, Tommy.”

Day & Age is the Killers’ most recent LP, but the band is currently at work on its fourth album.

Listen to ‘Joy Ride’ by the Killers, featuring Marth’s saxophone, below.