The Weeknd working with Wiz Khalifa and araabMUZIK 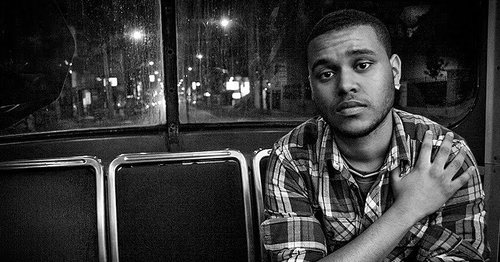 R’n’b mystery The Weeknd’s face may be more out than ever before following his recent Coachella appearance, but it’s not stopped him from disappearing back into the studio with two of contemporary hip-hop’s most hyped acts.

In a recent interview, perma-stoned rapper Wiz Khalifa has revealed that The Weeknd will feature on his new album O.N.I.F.C. (Only Nigga In First Class, or, for Walmart, One Night in First Class). In Wiz’s words, “It’s good you know, because [The Weeknd]’s a trippy dude. It’s really away from the character people know him for, so with me and him and Juicy [J] too, we work really well together. And we’ve got a lot of stuff that people are going to hear from.” O.N.I.F.C., it’s believed, will also feature some production from Pharrell.

Elsewhere, MPC firebrand araabMUZIK has been Tweeting pretty solidly about a collaboration that him and The Weeknd have been working on. araabMUZIK, it should be remembered, also has a collaborative mixtape with A$AP Rocky en route.