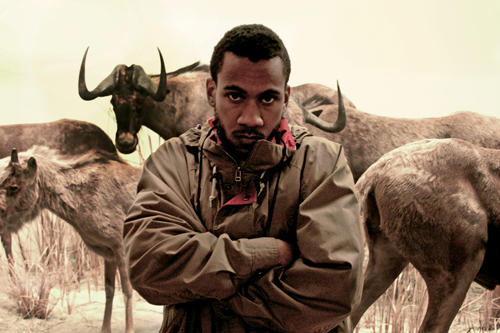 Jae’s earliest releases are two steps removed from hip-hop proper: his 2010 LP DXNCE was a visionary set of blunted, grotty soundscapes. By contrast, 2011’s Rappayamatantra EP borrowed from classic head-nod, and featured verse after garbled verse from the producer. There are shades of Quasimoto in his sound (not to mention brother-in-initials Jneiro Jarel) but his blasted production style is thrillingly singular.

Longtime supporters Brainfeeder are now gearing up to launch a new Jae LP, titled Raw Money Raps. The 19-track album promises to be an “art-rap fever dream”, and features a guest spot from Chi-town beatmaker K Embry. Label boss Flying Lotus had a few gilded words to say about the upcoming release: “I think it’s safe to say Jeremiah Jae is one of my favorite artists of his generation. For years now I’ve been a witness to the incredible progression of his craft. This album has a complex dedication and honesty that I search for in myself with my own art”.