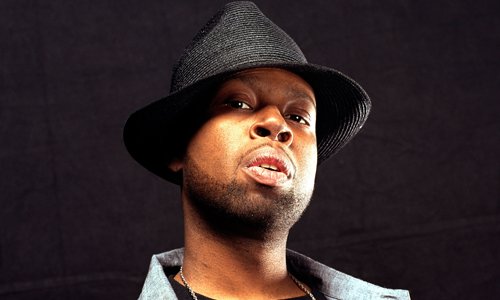 J Dilla’s records, which were in the news quite a bit this week gone, have been returned to his mother.

On April 26, the Detroit News reported that Jeff Bubeck, owner of Royal Oak, MI record store UHF, made an interesting find when sifting through the seven-or-eight thousand records he obtained from an abandoned storage unit in March –  a box containing cassettes labeled “Jay Dee Beats”, along with mail addressed to a “James Yancey”. At first the name meant nothing to him, but he Googled it and discovered what you doubtless already know: that Yancey is the legendary hip-hop producer J Dilla, a former member of Slum Village and collaborator with Common, Busta Rhymes, Madlib and more.

Bubeck’s plan – after consultation with Stones Throw – was to sell the records and share part of the profits with the J Dilla Foundation, which Maureen Yancey (Dilla’s mother) established after J Dilla’s death to help treat and cure lupus.

Now, however, Bubeck has delivered the records back to Dilla’s mother, after Maureen contacted the store on late last week [via Dummy].

She’s also emphasised in a press statement that UHF had done nothing wrong. “I’m not angry about it at all. I’m grateful”, explained Dukes, before describing it as “overwhelming” to see her son’s handwriting again. UHF have since posted the following message on their Facebook page:

“We have been in contact with the J Dilla Foundation. We are doing exactly as Mrs. Yancey wishes. The foundation needs help and we are helping. The complete story will be out soon. In the meantime the few records that were in the store have been removed due to the overwhelming amount of calls. They are back where we found them and Mrs. Yancey put them years ago. They eventually will be offered again for sale to benefit the Foundation, again based on her wishes. The personal property was never and will never be offered for sale. Mrs. Yancey will decide what to do with that.”