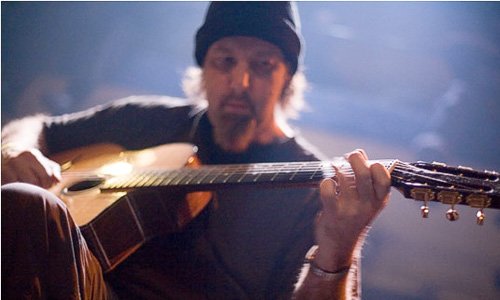 Ideologic, one of several sub-labels that make up the Editions Mego machine (others include John Elliott’s Spectrum Spools and the shadier Sensate Focus), was founded last year as a home for acoustic projects. Sir Richard Bishop, the founder of legendary ethno-experimentalists Sun City Girls and a former collaborator with drone legends Earth, will release Intermezzo on June 26; the album was originally self-released by Bishop on CD-R last year.

In O’Malley’s words, “I met Richard in 2004 on a crazy tour in Australia (Oren Ambarchi’s last “What is Music?”). He was a founding member of The Sun City Girls but he came out to play solo. Instantly we were entranced by his playing, so many beautiful elements of why I love guitar come through in his music and presence, without floating around in genre space at all. Here on the road with Kevin Drum, Dead C, Residents, Gang Gang Dance, Black Dice, etc… amongst this insane lineup Richard ended up supporting Pan Sonic and really held it down, as a soloist.

“A few years later Peter Rehberg and I (as KTL) were invited to join a tour Richard was doing with Eearth. His incredible communication of atmosphere and texture was even more fluid than I remembered… a real pleasure. If the reason to start a record label is to release the music you are truly enamored by, this is a true example of that philosophy.”

Mats Lindström is another veteran of the experimental underground, designing numerous instruments and paraphernalia and performing live since the late ’80s. Ideologic Organ will release his МИГ on the same date.