Has Akufen topped Whistla in the worst sleeve of 2012 stakes?

Last month, we posed the following question: was the artwork for Enter the Swivel, the debut album by Sub FM founder and “future garage” figurehead Whistla, already the worst of the year? 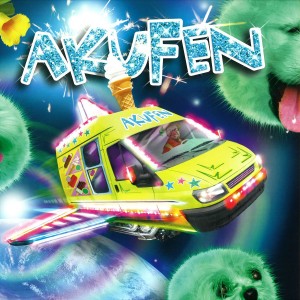 A CGI sex-doll on the sleeve of your debut album’s bad enough, but dressing her up with an iPad, oversized headphones and a hoverboard (just in case you weren’t appealing to lonely males enough) is pretty unforgivable if you ask us. Now, however, it seems Whistla has competition.

Battlestar Galacticlown is a new EP from legendary Canadian house producer Akufen, and – remixes aside – it’s his first record released in around eight years. Unfortunately, the artwork looks like a screen-rip from CBeebies, and the track titles (‘You Like Red Beans! (We Got Together)’, ‘Choclate, Strawberry, Peach, Vanilla’) sound like songs from the Teletubbies.

Of course, it’s not the first time Akufen’s done this sort of thing – 2003’s Hawaiian Vodka Party had a similarly silly (though infinitely better) cover. But doesn’t pulling the same trick twice make it even worse?