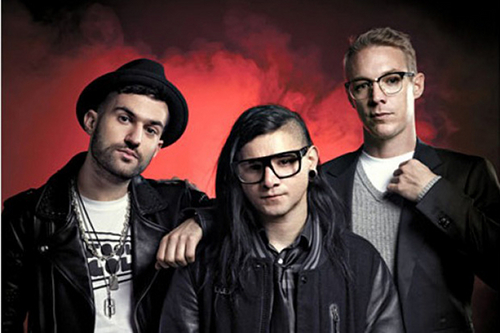 Back in February, Diplo talked up a possible ‘Avengers Assemble’ coalition between himself, Skrillex and A-Trak.

According to Mixmag, the high-powered triumvirate have now got their first remix commission. Following Nicki Minaj’s lead, the group have been invited by Pepsi to go to town on Michael Jackson’s ‘Bad’. The new version will be released to coincide with the album’s 25th birthday in June. Those wishing to hear the rerub will have to buy a limited edition Pepsi can and scan a special code into their phone.

Those who have been skeptical about the musical merits of the collaboration probably aren’t going to be charmed by the news that the supergroup’s maiden voyage is a glossy corporate tie-in. We suspect that the union of the kings of fizzy pop and The King Of Pop might well leave a bad taste in the mouth. Still, perhaps they’ll manage to secrete another Croydon shout-out in there somewhere.