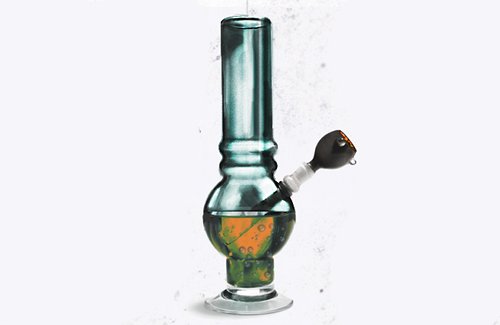 Having already stepped into the 21st century this year by collaborating with dubstep racket-rouser Rusko, the group have dreamt up something new for those wild, drug-addled kids on the Internet – a virtual bong.

The point of which is? Well, since you ask, every time someone Tweets using the hash-tag #LezGo (the title of a track from Cypress’s recent EP with Rusko), the virtual bong on Cypress Hill’s homepage fills up a little more. Once it’s full of smoke, the video for ‘Lez Go’ will be unlocked. Personally, wee’re already awaiting the spin-offs: Justice leaking a new song once every sniff of a crucifix of coke gets hoovered up? Three 6 Mafia dropping a new mixtape once you’ve ingested a bathroom cabinet full of interactive xanax? Don’t bet against it.

You can watch Cypress Hill and Rusko’s last video, ‘Roll It, Light It’, below. Did they ever mention they like weed?