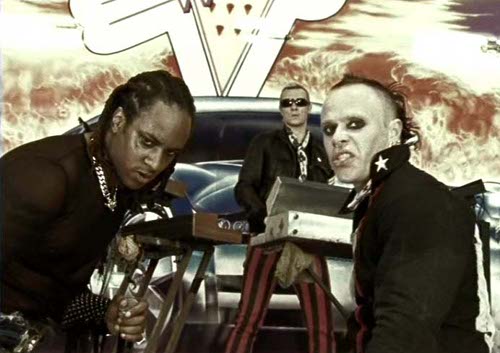 Liam Howlett’s rave-rock combo are currently working on a new record, and details have started to leak out about what fans can expect. According to NME, the album has been given the working title How To Steal A Jet Fighter. As you might expect from that Anarchist Cookbook-indebted title Howlett promises a dark and forceful record:

“We’re really excited about it. The last record was kind of a party album, I guess. We were all happy to be back together again. But the best tunes of that album are the ones that have less of that. It’s definitely going to be heavier, darker”.

No news on release dates or tracklistings as yet. The Prodigy headline Download later this year, provided the CIA don’t proscribe them first.