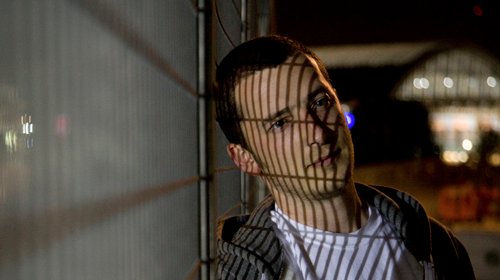 Throwing Snow will inaugurate his new label with a four-track EP, Clamor.

Based but not raised in London, there’s a very specific – though hard to quantify – type of magic at work with Throwing Snow’s music: true to his name, there’s a cold quality to it, and it’s often coated in layer upon layer of mist and fog, but it never descends into a cliched crackle-fest, and when it gathers steam, such as on last year’s junglist avalanche ‘Too Polite’ [disclosure: released on Local Action, a label run by FACT staff member Tom Lea], it’s pretty close to unstoppable.

Throwing Snow’s no stranger to releasing his own music – he co-runs another label, A Future Without, who recently put out a brace of superlative EPs by Bristolian Tri Angle signing Vessel – and his new imprint, Snowfall, will launch with Clamor in the coming months. The EP’s title track is a runaway train in a similar vein to ‘Too Polite’, slowly building up speed before hurling itself forward on rumbling bass hits and wildly panned junglist whips, while ‘Brook’ and ‘Perca’ are more subdued affairs. The latter has been remixed by Gold Panda to complete the EP.

Expect Clamor in stores this Summer, and stream ‘Too Polite’ below.