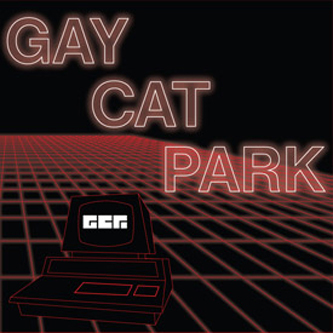 An LP of previously unreleased material by cult italo group Gay Cat Park is being issued by Medical Records.

Gay Cat Park was the Italian duo of Graziano G. Ravizza and Davide Gatti. Their best known tune, ‘I’m A Vocoder’, was recorded when they were just 14, and became a huge club hit when released on Discotto Records in 1982 (it was also reissued recently by Clone Classic Cuts). Following the success of ‘I’m A Vocoder’, Ravizza and Gatti became involved in various other projects, most of them more obviously pop-oriented, and no further Gay Cat Park material saw the light of day.

However, that isn’t to say that further Gay Cat Park material wasn’t recorded. In fact, the pair recorded a number of other tracks in 1982-1984 in this style, at home on standard UCXS Sony tapes and TEAC Tascam four-tracks, and though never released, they have been carefully stored to this day. Eight of these recordings, including ‘I’m A Vocoder’, have been hand-picked by Medical Records for the new compilation, Synthetic Woman, which is due out on 180g splatter vinyl on June 18.

Medical Records – an American label that has previously reissued work by the likes of Der Plan, Chrisma and Alexander Robotnick, recommend the LP to “fans of early Depeche Mode, Yaz’s Upstairs At Eric’s, and the lighter synthier side of Italo disco”. The vinyl pressing is a limited edition of 650 hand-numbered copies, including a special insert with liner notes by Dave Segal.