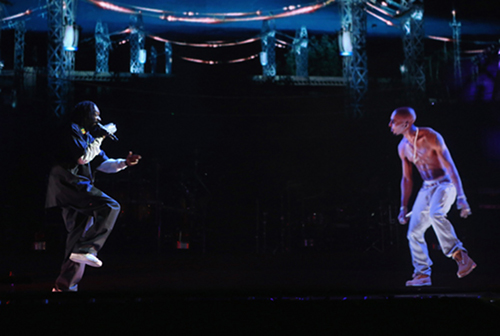 After 2.0Pac took Coachella by storm, Elvis Presley is now set to get his own hologram simulacra.

Prefix report that the King will be the next major star to be reanimated. Digital Domain Media Group – the company behind the Tupac hologram – have signed a deal with the CORE Media Group, who are responsible for branding for Presley’s estate (plus the likes of Muhammed Ali and American Idol).

Under the arrangement, DDMG are contracted to produce an Elvis hologram for a number of different entertainment projects. Film and television are both mooted options, and live appearances are also apparently on the table. We’re hoping some way will use it to spook whichever bidder gets their hands of Elvis’ soon-to-be-auctioned crypt.

For those of you that have just discovered the internet, 2012’s most famous bit of necromancy (not counting that Engelbert Humperdinck Eurovision resurrection) is below. A Freddie Mercury hologram has also been confirmed by Brian May.