Tupac raised from the dead at Coachella 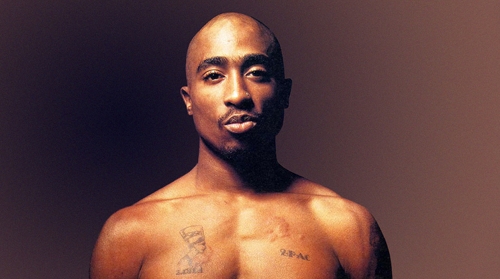 Tupac Shakur was brought from the dead, albeit briefly, at Coachella last night.

The late rap star, who passed away in 1996 after being shot four times, was resurrected via hologram technology at the festival in California last night.

The necromancers responsible were Snoop Dogg and Dr Dre. The duo were joined by the digitally generated Tupac – who greeted the understandably wowed, ecstatic crowd with a “What up, Coachella?!” – for performances of ‘Hail Mary’ and ‘Gangsta Party’.

What’s truly remarkable is that hologram actually looked and functioned brilliantly, as you can see in the video below and in a sharper, non-embeddable clip here.

Tupac wasn’t the only dearly departed star to appear from beyond the grave. As promised, Nate Dogg was also revived in hologram form. There were flesh and blood guests too: Eminem, Wiz Khalifa and 50 Cent all stopped by for the performance.