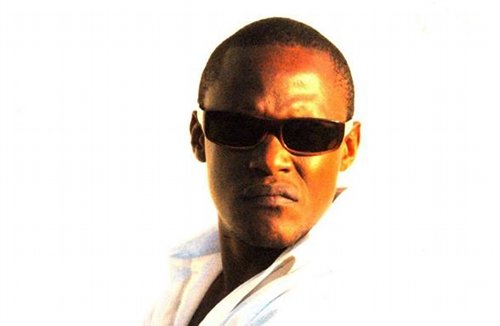 Everyone from Alchemist to Talib Kweli have expressed disdain at Canibus’ conduct at last weekend’s major-league Vendetta: Battle Royale battle rap. Competing against MC Dizaster, Canibus put in an agonisingly weak performance, at one point whipping out a notebook as a prompter (the rap battle equivalent of popping some boldenone undecylenate during a cross-country race).

In a subsequent Tumblr post, Canibus has offered a fairly fantastical excuse for the blowout. According to the rapper, he was “abducted by human blood sucking leeches”. The post, yet to be factually verified, is below:

“A few days before the KOTD Vendetta event, I was abducted by human blood sucking leeches who did not make their identity known, but I assume were agents of the dark world. While in my vehicle ready to pay for a toll, a helicopter attached with a satellite device that promotes fear flew directly over me. Upon being aware of what was happening I decided to escape on foot and flee from this radioactive device that can cause mental and emotional harm to any man- Even a man who possesses the brain waves of a complicated degree such as myself. As I abandoned my vehicle, I got to a fence and as I climbed underneath, the helicopter got visual contact on its target and there was nothing I could do. Completely lost in a parallel universe I was removed from consciousness and as I woke up I had secret agents of some kind asking me why I decided to battle in this event that was being broadcasted world-wide. I explained to them it was strictly Hip Hop related but they did not believe me. They used Chinese water torture methods at first to try to break my spirits to no avail. They attached wires to my skull and moved on to “Alternative 2.” They then inquired about my knowledge of secret societies and about my experiences in the military.”

Canibus subsequently apologised to his friends and supporters that were present, and also to Dizaster and the event staff. In his words: “I tried my best and stood there like the solider I am but there was nothing I can do. As I said in the event, I could only do what I can do. For everyone who seems to be making a mockery out of my just- Remember this; dinosaurs once ruled the planet, Rome was once a powerhouse, The Blazers drafted Greg Oden, and every dog has its day. Doubt me and you will be defeated.”

Either Canibus is coming out smirking, or he’s genuinely delusional – let’s bear in mind this is the person who bragged about his skills at “eat[ing] a n*gga’s ass” in LL Cool J diss ‘Second Round Knockout’ and didn’t see the obvious jokes coming. We firmly hope it’s the former, anyway. You can watch a video of the battle below (warning: wincing is likely).