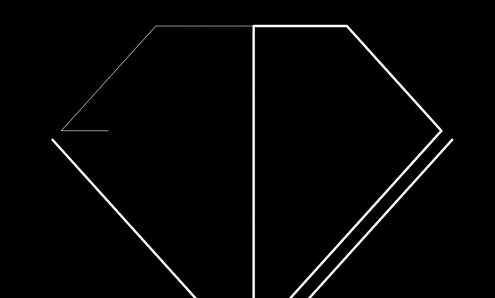 Alva Noto and Byetone have signed to Mute, under the name Diamond Version.

Both Noto and Byetone are staples of Raster-Noton, one of Germany’s most reliably stoical labels. Diamond Version is, in their words, “born out of a live situation.” 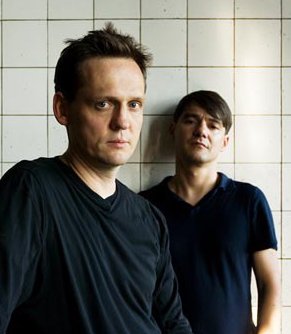 “We occasionally performed encores together after our solo sets. These spontaneous and improvised tracks always had a kind of “special energy” which we missed in our solo works … Diamond Version tries to capture this energy and combines it with conceptual ideas: every day we are exposed to the Daily Short Message Information Culture (DSMC), the aesthetic of this information system became a strong topic and a Blueprint of the visual identity of the Diamond Version project.”

“Diamond Version’s aesthetic is charged with surreal and subversive humour, drawing titles and iconography from a host of corporate slogans which are used as track titles across the releases. “We both are obsessed with company logos,” says Nicolai. “We collected these slogans and started reading them, without knowing the companies. In this amount and concentration they become absurd.”

Noto and Byetone have been friends since they were teenagers, and put their relationship down to a “strong interest in rhythmic music … with Diamond Version we will follow this rough rhythmic direction, we are not DJs and we’re less interested in delivering a functional music to a social situation,” Bender explains, though he’s keen to emphasise that despite its very powerful presence, Diamond Version is not simply a project aimed at club floors. “It’s a bit harsh, and a bit more noisy [than our solo projects], but this is not the main focus.”

The duo will be releasing five EPs for Mute throughout 2012, starting on July 23 with Technology at the Speed of Life / Empowering Change. A full album is planned for next year. You can watch Diamond Version’s “mission statement” below.