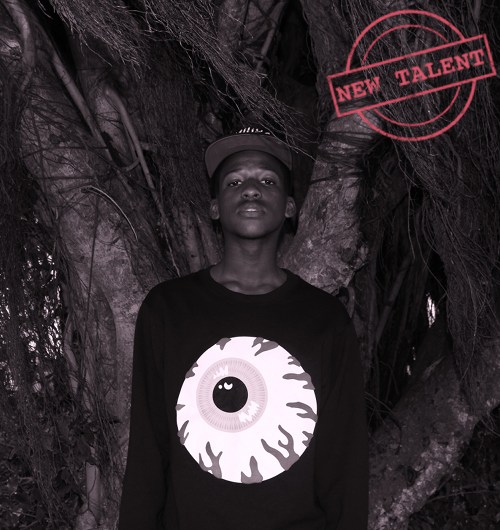 The Barbadian rapper, managed by The Big Pink’s Milo Cordell, is currently waiting to release his first full EP for Merok Records, Oxyconteen. Boasting production from Supreme Cuts, The-Drum and veteran-of-all-trades King Britt, it’s an alarmingly realised introduction to a new voice you’re going to be hearing much more from this year. Backed by dark, operatic instrumentals, there are comparisons to be made between Haleek and Spaceghostpurrp, the current prince of hip-hop’s dark side, but as our interview with Haleek proves, he’s his own guy with ideas above his station.

You can premiere Oxyconteen‘s audio on the Soundcloud embed below, and download it over at Merok’s homepage.

“I dread becoming a carbon copy, that’s something I fear greatly. I believe I have something different, I hope people realize that.”

We know people are making music younger and younger, but to be putting out a record at 15 [Haleek’s age at the time of this interview] – without, you know, being Will Smith’s daughter or whatever – is pretty incredible. How long have you been rapping for?

“With regards to my age, I’ve been making music since the age of 11, I started rapping at school concerts and that evolved into the desire for an actual career in music. I’ve been producing just about as long as I’ve been rapping, I started off working on Mixcraft on my old Sony VAIO and worked my way around Ableton, Reason and FL Studio – a.k.a. the only DAW I know how to use competently [laughs].  I’ve recently started using a newer computer but I’m still true to FL, I just find it much easier to maneuver and experiment with sounds. I mainly started producing due to my frustration of having to use industry instrumentals on tracks… which is funny because I only started rapping over my own production on ‘Teufel’, which was only released last year.”

What sort of stuff were you doing in your really early years making music? You were 12 or 13, right?

“I was somewhat shy about putting work with words on top of my beats out there, I used to have a Soundcloud where I used to put up my beats… I went by the name KidGenius back then. In terms of the sound, they were pretty boom bap although my friend Austin, of Supreme Cuts, did compare me to William Basinski at one point in time. They were mostly watery sounding soul samples with a break when I was starting off though, although I did experiment with a lot of different sounds inspired by some of the acts I was listening to.”

And what were the first records that inspired you to rap and produce?

“To be honest, I started rapping because I was into Lil Wayne, Eminem and Kanye. I really honestly wanted to be that cool, I remember when I was about 12 I had a rhyme book I used to write in and my grandmother made me destroy it because of the foul language; kind of funny when I look back at it. I used to sneak into my room and listen to Marshal Mathers LP. In terms of experimentation my eyes were first opened from Gorillaz and their Demon Days LP, that’s the first time my eyes were really opened to genre blending, and I liked it. The records that really pushed my thought process in terms of the way I look at my music today would be stuff like, but not limited to, Fever Ray, Aquemini, ATLiens, Homogenic, Nearly God, Dummy by Portishead, Legal Drug Money, Madvillain, etc. I take inspiration from a lot of different sources though, not exactly always music. My ex girlfriend inspired a lot of Oxyconteen in terms of the content and overall feel, I think I draw a majority of my inspiration from the things around me now, I’ve stopped looking up to a lot of artists and decided to choose my own path, I still listen to all of those albums, I just don’t take direct inspiration anymore. I dread becoming a carbon copy, that’s something I fear greatly. I believe I have something different, I hope people realize that.”

“I used to rap about things which didn’t really concern me, i.e. money, cars, “bitches”, but I realized that wasn’t getting me much further than everyone else so I just decided to go my own route.” 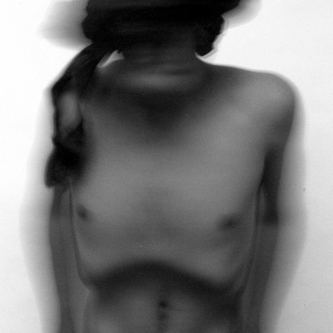 There’s a few different producers on your debut EP, but quite a strong overall theme – it’s obviously pretty dark, drawn out music with a lot of layers of ambience. Was it just a happy accident that all these beats fit together so well, or were you quite specific about what you wanted? And how did the collaborations come about? King Britt in particular is kind of a coup.

“I think my music sounds the way it does because of how I feel to be honest, I think even though I work with various people they understand that. I usually choose / make stuff that reflects a particular emotion or state that I’m in at a point in time and I try my best to explain that to people so things don’t sound unnatural. I used to rap about things which didn’t really concern me, i.e. money, cars, “bitches”, but I realized that wasn’t getting me much further than everyone else so I just decided to go my own route.”

Your debut EP’s called Oxyconteen, and it’s kind of crazy to think that in 2012 it’s just not a talking point for someone who’s 15 to release a record referencing drugs and sex. Do you sometimes feel like you’ve grown up too fast?

“I think Oxyconteen as a project stands for way more than what people may make it out to be. I think after listening it through a couple times people will understand some of the things it’s saying. I think it sheds light on the dark corners of people’s realities, especially people of my age bracket. People don’t understand that we’re impressionable and a lot of what is going on around us is numbing us and causing us to accept so many things as societal norms – we’ve become a generation free of ignorance in a sense, there are way more troubles in our heads than grades because everything is right in front of us. I am not high and mighty about any of it because I too have had my shortcomings with relation to this observation, I just want people to know what I felt though.”

“I believe the internet has unified the masses and now it has opened a land of possibility for which there is no end. I believe once the creative mind survives throughout the future generations will be okay in terms of music / arts. I believe the internet has exposed us to a lot and it has aided in the way we understand the world, I think it is the tool which will continue to propel a majority of other industries, I think that’s how it should be used. All I want to know is what will come next.”

You’re based in Barbados, right? Are there many people you work with there?

“I do collaborate with other artists in the island. Although I’m working on my solo career mostly nowadays I still do work with my original rap group RLG from time to time. I also work with visual artists such as Shannon, Rebecca and my friend Adam who did the Oxyconteen cover.”

What have you got in the pipeline after Oxyconteen?

“After Oxyconteen I’ll have a release coming out on Mishka NYC in August which is a collaboration tape between Supreme Cuts and myself entitled Chrome Lips. After that, well you guys will have to wait and see.”