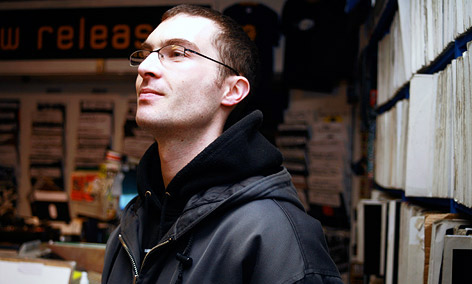 Peverelist, arguably the godfather of Bristol’s electronic music scene at this point, has launched a new label.

Well, we say new – it’s actually a sub-label for Livity Sound, the imprint that Peverelist runs with Kowton and Asusu (he also runs Punch Drunk, solo). Simply titled Dnuos Ytivil (you can figure it out, right?), it’s been started to “release music that is in line with the Livity aesthetic, but isn’t produced by the trinity behind it”.

Dnuos will launch with a single by Alex Coulton, who’s previously released records on fellow Bristol label Idle Hands, as well as All Caps. The press release for ‘Bounce’ promises a “spacious piece of broken, subterranean techno, constructred from brittle percussion and elasticated bass”, and Peverelist backs the release up with a remix on the B-side. You can stream audio of the original below.

Dnuos Ytivil is, at this point, only releasing on vinyl. ‘Bounce’ will be infiltrating record stores this week.