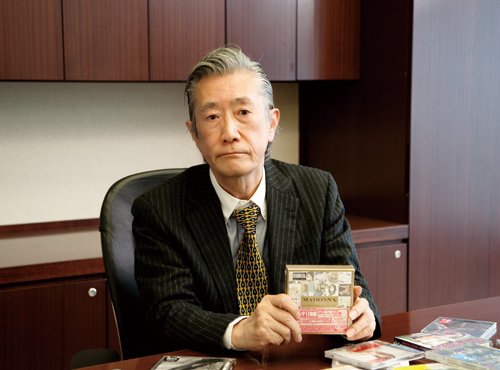 From October of this year, music piracy in Japan will be punishable by jail.

Music Week report that illegal downloaders could be hit by penalties of up to two years in prison, or fines that extended up to 2 million yen (£16,000). Unauthorised uploaders on the other hand, can expect to be hit with five times the punishment: up to ten years imprisonment. Other reports suggest that “ripping” of content, in a manner that bypasses digital copy protection (think the CSS system on DVDs) is also facing a clampdown, while national and local governments will become legally obligated to educate minors on illegal download prevention.

The debate over illegal downloads has been a widely discussed one in Japan, with Warner Music Japan’s Keiichi Ishizaka [above] particularly outspoken on the issue, claiming that he wants to “exterminate” illegal downloads. In 2010, data from the Recording Industry of Japan (RIAJ), with Ishizaka as then-chairman, showed that in 2010 Japan saw nearly 440 million legal music downloads, and ten times the amount of illegal ones.

Current RIAJ chairman Naoki Kitagawa has promised, in light of the amended laws, that his organisation will carry out more campaigns to help internet users understand the law, and help create “a sound internet society.”