Serious of fans of electronic music and its history rejoiced earlier this year when Editions Mego launched its new sub-label Recollection GRM.

The imprint is dedicated to excavating the vast archives of Groupe de Recherches Musicales (GRM). GRM was formed in Paris in the late 1950s by Pierre Schaeffer, out of the ashes of the increasingly fractious Groupe de Recherche de Musique Concrète. Through GRM, Schaeffer was able to continue his practical and conceptual investigations into concréte, electro-acoustic and electronic sound, alongside the likes of Luc Ferrari, Bernard Parmegiani, Iannis Xenakis, Francois-Bernard Mache and Mireille Chamass-Kyrou. Out of this research centre would emerge some of the most distinctive and pioneering electronic music of all time.

Having got Recollection GRM off to a flying start with a brace of LPs by Schaeffer and Guy Reibel, eMego boss Peter Rehberg has announced his next two releases: an edition of two pieces by Bernard Parmegiani, and a compilation entitled Traces One.

Parmegiani, whose work was celebrated in an epic 12xCD retrospective, L’Œuvre Musicale, released in 2008, is regarded as one of the most important practitioners and developers of concréte and Acousmatic (sound with no identifiable source) sound, across a career that spans over 40 years. The two pieces featured on ReGRM release are L’Œil écoute (1970) and Dedans-Dehors (1977). Parmegiani describes them thus: 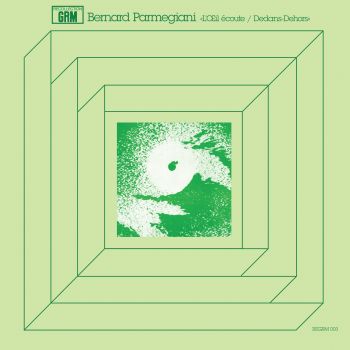 “From the very first moment, caught by the musical tone heard from inside a train, the trip offered by this piece, woven with different materials, triggers in us various climates able to give our imagination power over sounds: the power to guide them through our secret mazes rather than to blindly follow them like Panurge. This form of (auditory) contemplation thus attempts to enable us to lose ourselves outside our far too familiar and usual territories. Perhaps, in looking too hard, man eventually stops listening. And, as I said when creating the piece in 1970, the eye, now a “solitary wanderer” only has ears for what assaults it.” (B.P.)

“When listening to the sound material, we metamorphose the inside into an outside. This notion of metamorphosis is one of the principles that leads the course of the musical suite, reflecting changes (fluid-solid passages: water/ice/fire) or movements (ebb/flow/wave, inspiration/expiration) or inside-outside passages (door/individual/crowd). Thus, the perceived object is not entirely what we would have liked it to be. Our music brings us closer to some whilst it takes us away from others: each with their own inside.” (B.P.) 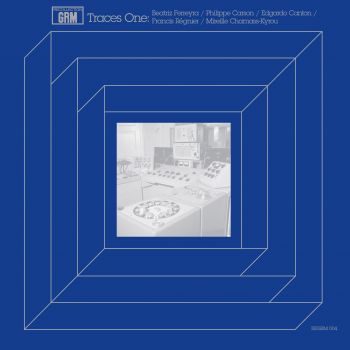