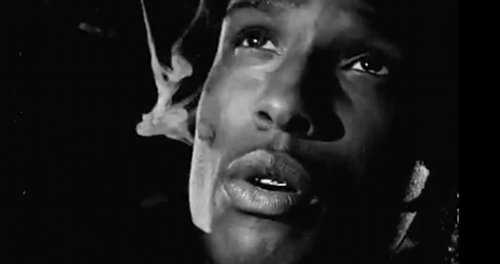 A trailer for the video is now up on Lana Del Rey’s YouTube channel (well, it says trailer but it’s four minutes, so if there’s a real motion picture God knows how long it’ll be), and it looks as ridiculous as you’d expect. Rocky puts on his most forlorn face, looking longingly at Lana’s Jackie O while smoking – he’s straight out the Joey Tribbiani school of acting, if we’re honest – in between some shots of parties that look a little like The Deer Hunter before they all go to ‘Nam and things get messy. More than anything, it seems a bit of a waste to not have involved A$AP Yams.

‘National Anthem’, from Del Rey’s breakthrough album Born to Die, will be released as a standalone single in the coming month.