Submerse: They Always Come Back EP 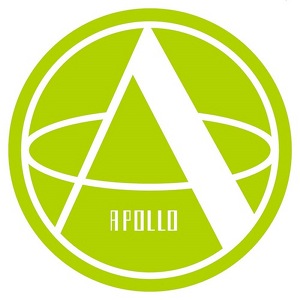 For those that haven’t actively been following the Runcorn-born, Tokyo-based producer Submerse, it may come as some surprise to learn that his inaugural release on R&S sub-label Apollo owes virtually nothing to the deep house and garage styles that are often mentioned alongside his name. Despite trying his hand at a multitude of sounds over the past couple of years – cinematic, string-heavy 2-step on Well Rounded, light-hearted J-pop remixes on Japanese net-label Maltine, even aquatic electronica, music with the sort of domestic, plinky-plonky percussion you’d expect from Mount Kimbie and Koreless, on ‘Bubblin’’ – Rob Orme has been perpetually associated with (and somewhat tied down by) garage. Which, for someone prolifically branching out beyond the standard realms of 120-140bpm as of late, is probably starting to feel quite insulting. In some ways then, his first EP for Apollo – an earnest excursion into glitchy hip-hop and autonomic d’n’b –  seems like a bold statement against that association, while also exploring how much of a beefy kick he can give Apollo’s lately ambient-leaning personality.

Opening the record, ‘8Bit Romance’ is a head-jerker from the very top, mixing a boom-bap drum pattern with grimy stabs and drunkenly stretched vocals. Its squelching, bassline and sporadic bloops carry a heavy Brainfeeder influence but the cooing synths and gorgeous  music box conclusion gently suppress the tune into something obviously Apollo, and one of Submerse’s most enjoyable tracks to date. Though not as club-ready as ‘8Bit’, the EP’s closer ‘Cluster’ keeps the lo-fi and glitchy 90bpm vibes alive, ditching the heavier gloops and bloops for intricate percussion and sunnier synths.

Sandwiched between the two hip-hop joints are a couple of spacious slices of autonomic drum’n’bass. The title track is as deeply cosmic and visual as Synkro’s ‘Knowledge’ (the standout track from his own recently released EP on Apollo) with bubbling synths and jittering half-time percussion floating above a pulsating sub-bass. Submerse’s effort pays homage to jungle in a tad more literal fashion, filtering classic breaks into the tail-end of every four bars or so. ’Give It Up’ strips things back a little, giving the pads and vocal cuts room to breathe, which, obvious though its intentions may be, it achieves very well.

In his most refined and confident release to date, Submerse has injected more character into his EP than any of the producers previously invited onto Apollo’s resurrected ship this year. In terms of sonic departures, They Always Come Back almost matches Orme’s own geographical move across the globe; similarly, it points optimistically towards new ideas and the exciting prospects of what we can expect from him in the future.