“I think some people forgot they were producing for a dancefloor.” 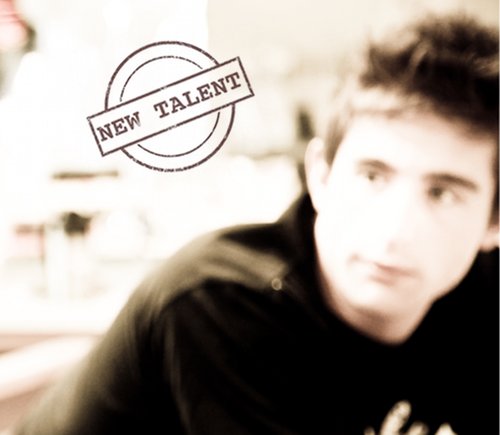 “Coded is a gleaming diamond in a whole heap of rigid no-vibe UK bass carbon copies… it’s got that groove, it’s got that sexiness, it’s meant for the club and it works in the club”

Look, the DJ quotes on electronic music press releases usually get ignored for a reason, but there’s a lot of truth to Mosca’s feedback [above] for Ziro’s ‘Coded’. The first release on Bristol clubnight Crazylegs‘ newly inaugurated label is more than a breath of fresh air: it feels like the encapsulation of the UK underground (or at least those in the UK underground that you should be paying attention to)’s re-focus on the dancefloor, after a year of drowning in “vocal chops and washy pads”, as Ziro puts it. Mosca’s ‘Orange Jack’, in fact, feels like a key touchstone here: artists like Paleman, Artifact, Tessela, South London Ordnance, Thefft and Ziro are riffing on that track’s brittle-but-limber, heavy-limbed flow and making some of the best British 4/4 techno heard in a while.

“I’ve been messing around with musical instruments for as long as I can remember. I got into classical guitar when I was really young, and was lucky enough to have been able to continue studying that – and to a lesser extent, drum kit and keys – until I was about 16.

“At some point that year I discovered d’n’b and jungle. I ended up buying a set of Numark belt-drive turntables, which got hammered religiously for a couple of years. I got a job at a record shop, which was probably the single most important factor in illustrating just how much electronic music was actually out there, and how much I’d been missing out on. It was pretty much as that initial wave of laptop DJ equipment was hitting the market, so people were coming in and selling these huge record collections which we’d buy, sort and list for sale. I just ended up putting anything that looked even slightly interesting on a turntable, and taking home most of my pay in vinyl.

“I bought a computer for music production when I went to university in 2009, and I’ve pretty much been making various forms of electronic music since.”

You obviously make quite brittle, at times violently swung techno. Where does that side of you come from?

“When I started producing, I was using a program that didn’t give you the option of quantising to anything other than perfect 16ths. I just used to put the drums hits on the grid, and move them around until they sounded right. I found you could imply some incredibly strong grooves with the right positioning, much more so than the lifeless snap of the Logic quantise I’d used at college.

“As for the actual tracks, until a couple of years ago I’d been producing pretty generic synth and vocal driven 2-step garage, and I’d reached a point where I felt I’d gone as far as I could with that style. I had every half-decent chord progression or vocal chop I could make or find laid out in projects on the computer, and none of them were going anywhere.

“I ended up scrapping pretty much all of it, and messing around with these 4/4 ideas – keeping the swung aesthetic of the garage beats but just focusing on the groove rather than melodic or structural devices. I found the solid kick pattern meant you could really go overboard with some of the swing, without breaking up the rhythm excessively.

“I’d also got quite bored with loading up conventional electronic kit samples, while artists like Mount Kimbie and Untold were doing these really cool drums, keeping the 2-step shuffle but swapping the hats and snares for bongos and foley-style noises. I thought I’d try and find some of these more interesting sounds to use for drums, and that’s where the sort of clunky, ‘woodblocky’ texture comes from.”

“I think some people forgot they were producing music for a dancefloor.”

Do you think it’s a sound that you’ll pursue and aim to perfect on future releases, or do you intend to put out quite a varied output?

“It’s definitely a sound I feel I can do a lot with, especially as tempo isn’t really an important aspect for me. Since making those initial tracks I’ve learned so much in terms of production, and I’m really enjoying the freedom of working in this style, probably because there aren’t any definite boundaries, and I don’t feel restricted or pressured to head in any particular direction

“In terms of future output, I’d say it’d probably be pretty varied. I’ve got some bits of quite experimental stuff in the works, some 140bpm bits, and some stuff more along the lines of the Crazylegs release. Removing the greater part of melodic synths and vocals from the music has forced me to experiment with loads of new production techniques to compensate. As a result, I’ve discovered some things that work well within the house/techno environment, and some that suit a more bespoke, less DJ tool-like approach. Realistically, it’s hard to say where I’ll be musically in a year or two – I’m listening to so much different stuff at the moment, and it’s all influencing my productions, consciously or not.

Are there any notable things that inspire your music – artists, situations, sounds, aesthetics?

“Artists like Objekt, 2562, Blawan and Untold really inspire me to try out musical ideas I might not have experimented with otherwise. I’ve also been listening to a lot of percussion-based music, especially African and South American stuff. Those drum jams are like nothing else for rhythmic ideas, and there’s a lot more experimentation with percussion in the material I’m currently working on.

“In terms of situations, I’d say those moments where a track drops and there’s an audible air of shock and interest from the dancefloor. It’s those simple, effective but obviously well though out devices – I’m always like ‘I wish I’d made that’. I’ve been trying to work with that in mind, visualizing ideas in my head then finding or making the sounds and sequencing them, rather than laying beats down and experimenting until something works.”

How did the hook-up with Crazylegs happen?

“Of all the clubnights in Bristol, Crazylegs’ policy on music always appealed to me the most. I rated the selections and vibe their residents provided, and their bookings are always hugely varied. I definitely had that in mind when I was considering who might actually be into these strange, wooden techno tracks. I didn’t know about the label at that point, it was just cool to get some feedback from some people who knew what they were talking about. Essentially, I sent them to Andy, and shortly after that we spoke about signing them.

There seems to be more people in the UK making this kind of swung techno than there has been for a while – thinking yourself, Tessela, Artifact. Is there something in the air, and if so, why do you think that it is?

“I think it’s a combination of quite a few factors. There were points over the last couple of years where I think some people forgot they were producing music for a dancefloor. A lot of the aspects that really make dance music work, like groove and rawness got lost in this blend of rinsed out vocal chops and washy pads.  That’s not to say some people didn’t do it well [but] I guess, for me at least, this sound is somewhat of a backlash to that – functional and dark.”

“I’d also say it’s to do with the amount of different music we’ve been exposed to in such a short space of time. You’ve got all these influences, from house and techno, to 2-step, to juke, to jungle, to 6/8 tribal percussive stuff. If we’re going to incorporate these myriad influences and elements into a coherent whole, a similar tempo and/or a four-to-the-floor pulse seem like good ways to both do that and provide some common ground.”