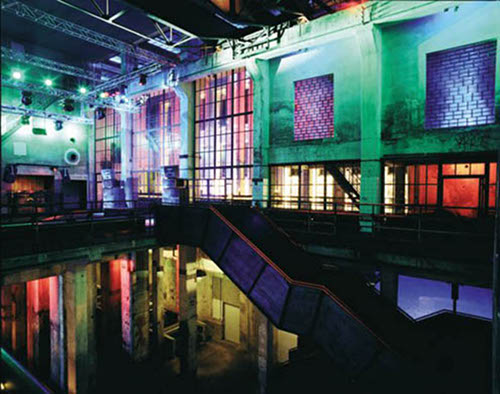 Update: An online petition opposed to this move has, at this point, collected in excess of 200,000 signatures, with countless big-name DJs encouraging fans to sign. To sign the petition – which is in German, but you’re on the internet: it’s hardly hard to get it translated – click here.

Changes in the city’s self-employment tax laws have already put new burdens on local artists and muscians. The Guardian now report that changes in the way that Germany administers royalty payments pose a serious existential threat to some of Berlin’s most iconic clubs.

Gema, the body charged with collecting royalties in Germany, has announced an overhaul of its fee structure. Having historically charged venues a flat rate, Gema are introducing a system based on the size of the venue and a percentage of ticket prices. Events that last more than five hours will have to weather a 50% surcharge; if the party tips over the eight hour mark, a further 50% is due. The new system is scheduled to come in to force on January 1 2013.

To put this into raw numbers, Watergate claim that their fees will jump from €10,000 to €200,000. Berghain, meanwhile, are in line for a 1400% fee hike. The German patent office is investigating whether the changes are within the law, but any decision is expected to take over a year. This is likely to be too late for many of those affected: both Berghain and Watergate have suggested they will be forced to permanently close in 2013 if the plans go ahead.

Gema claim that a majority of venues won’t see their rates increase, and that 10% of ticket prices is fair and acceptable rate for venues to pay. Venue representatives The Club Commission, meanwhile, claim that a modest-sized club paying €28,000 will now have to stump up €180,000. Clubs aren’t taking the change lying down: on June 30, over 2000 German venues cut the music for five minutes by means of protest.