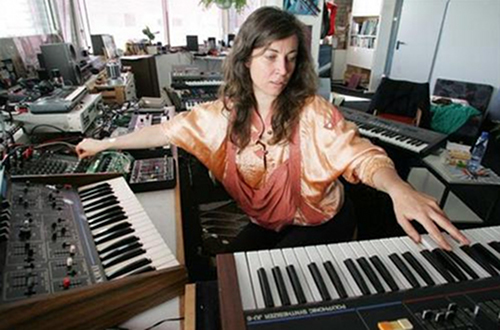 Christelle Gualdi’s been quietly building a rep for herself with a series of arcane releases on fringe labels. Emerging with 2008’s self-released Crusader LP, Gualdi circulated a series of privately distributed albums and cropped up on imprints like Editions Zero and Paranormal Over Time. Choice early cuts were compiled on 2010’s Trilogy Select release for Olde English Spelling Bee (fortuitously released during the label’s banner year). Unlike many of her contemporaries, her more recent compositions are as indebted to Detroit techno as they are to Continental navel-gazers. She’s also a compelling live performer, eking all sorts of squirmy acid madness out of blinking synths and strange boxes.

Juno Plus report that Gualdi will release a new EP for Rush Hour Records in September, titled Image Over Image. Extreme polyphony, vintage drum pads and arpeggiators galore seem to be the order of the day. You can listen to snips from the record below, all of which sound rather excellent.

Image Over Image will arrive on September 15.