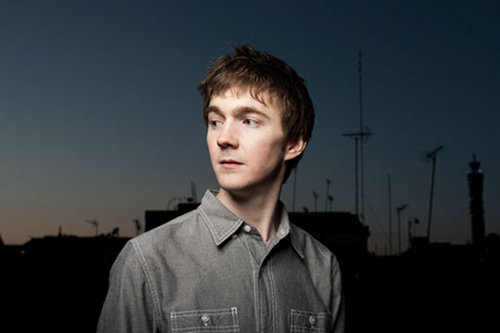 The first ever Bugged! Out! Weekender went off without a hitch earlier this year.

Hudson Mohawke, Diplo, Simian Mobile Disco and Claude VonStroke were among the folks to rock up to Butlins in Bognor Regis for the event. Not ones to tinker too much with a good thing, Bugged Out! have now announced the first details of next year’s edition of the festival. As per last year, Butlins will play host; as per last year, the line-up is strong and varied.

Hessle Audio mailman Ben UFO will take revellers on a tour through the hinterlands of contemporary house/techno, and Scuba will be capitalising on the diverse Personality with a set that will no doubt venture into all sorts of danceable territories. Maya Jane Coles, whose profile has continued to rise inexorably in 2012, will be showcasing her atmospheric brand of house, and Dave Clarke will be pushing techno dark and deep.

Andrew Weatherall will be performing a collaborative set with Ivan Smagghe, and should make an eccentric and dynamic duo. Maceo Plex, The Toddla T Sound, Eats Everything, Erol Alkan and Heidi (presenting The Jackathon) round out the first wave of announcements.

The event will run from Friday 18 until Sunday 20 January 2013. The likes of Urban Nerds, Union and Krankbrother will all be serving as partners, and will help curate the event. Head here for further information and ticket details.