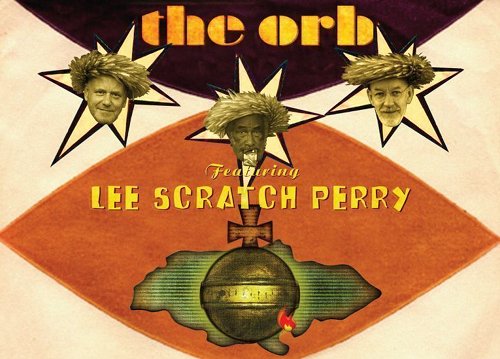 ‘Little Fluffy Clouds’, the enduring signature track by electronica dons The Orb, has been given a dubby twist by its composers.

The Orb have produced a new version of the 1990 classic, featuring fresh vocals from the inimitable Lee ‘Scratch’ Perry. The reworking replaces the analogue burble of old with acoustic guitars and languid dub-chamber percussion. The Upsetter contributes some freewheeling toasting, most of which sounds like a weatherman having a breakdown. The track comes with an amazing video, showing Perry larking about in a Ronald McDonald wig and balancing a banana on his head; scraps of footage are apparently taken from a new Perry doc, Lee Scratch Perry’s Vision Of Paradise.

‘Golden Clouds’ will appear on the band’s forthcoming joint album with Perry, The Orbserver In The Star House. The record will arrive on Cooking Vinyl on September 3. [via Clash]