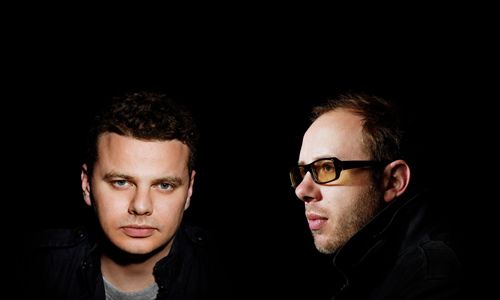 The Chemical Brothers are among a number of acts to put pen to manuscript paper in honour of London’s impending sportstravaganza.

The track’s clearly a love letter to Kraftwerk: the sporadic whirrs and cranks recall ‘Tour De France’ (obviously the mother of all cycling-inspired floorfillers), and the Speak And Spell vocals are straight out of the ‘Radioactive’ book of tricks. It’s a busy, antsy, anxiety-inducing number – perhaps a better soundtrack for the Jubilee Line circa July 27, but still a worthy contribution to festivities nonetheless.

The piece is designed to capture the “sense of pace and drama” of the sport, and reflect the “incredible beauty” of the East London Olympic velodrome. Chem Bro Tom Rowlands tips his hat to their influences: “I have loved cycling since I was a boy. I have always made a connection between electronic music and cycling repetition, the freedom and sense of movement. Kraftwerk obviously cemented this connection with their Tour de France track. For us to create the theme for the Velodrome is a great honour and we’re really excited to hear it in situ.”

Other official Olympic songs have been written by the likes of Muse, Elton John/Pnau, Delphic and Dizzee Rascal. You can listen to the track below, ripped from Monday’s edition of Zane Lowe’s BBC Radio 1 show. [via The Guardian]