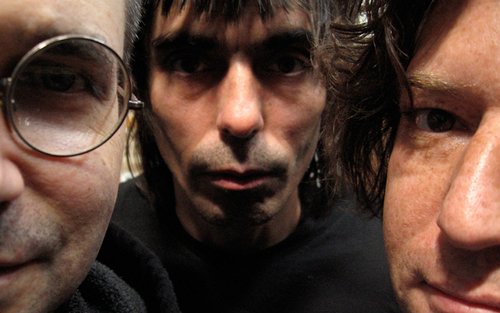 Shellac, Steve Albini’s indomitable racket-makers, are next in line to curate All Tomorrow’s Parties’ Nightmare Before Christmas.

Shellac previously oversaw the bash back in 2002, and were also part of a triumverate of curators (with Mogwai and Tortoise, no less) in charge of the Director’s Cut weekend in 2004. A host of fearsome names have now been announced for the event, taking place from November 30 to December 2 at the Camber Sands Holiday Centre, UK.

Post-punk progenitors Wire and Boston legends Mission Of Burma are the biggest draws. Ever venturesome Dutch punks The Ex will also be appearing with Brass Unbound. The other names to round out the first wave of announcements are: Shannon Wright, Arcwelder, Scrawl, Red Fang, Bear Claw, Helen Money, Alix, Dead Rider and The Membranes. After the recent news that ATP’s parent company has gone into liquidation, it’s good to know that the events are ostensibly proceeding apace.

Further good news for inveterate Albini watchers: Shellac will celebrate their 20th anniversary with a clutch of US dates in August and September. The band will be at Chicago’s Lincoln Hall from August 24-26, and will also perform at First Avenue in Minneapolis on September 1. Happy birthday, chaps.