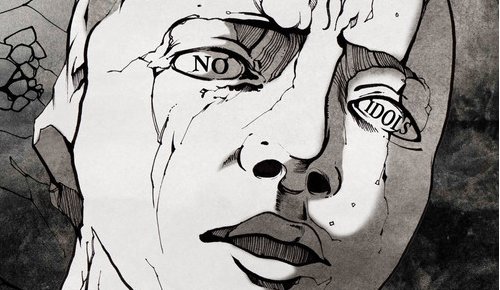 Update: No Idols has finally dropped; download it now.

Two of hip-hop’s favourites have teamed up for a new mixtape.

No Idols sees Alchemist, producer for Dilated Peoples and close associate with Mobb Deep (he’s also produced for Ghostface, Busta Rhymes and many more big timers) behind the boards, with Domo Genesis, a member of Odd Future and one of America’s most stoned citizens on the mic. Of course, the pair aren’t alone: No Idols will also feature appearances from Odd Future’s Tyler, the Creator and Earl Sweatshirt, plus Spaceghostpurrp, Freddie Gibbs, Mobb Deep’s Prodigy, Action Bronson and more. It will be dropping for free at some point today (when one of the two wakes up we guess – our money’s on Alchemist rising first), and for a preview, you can stream ‘Elimination Chamber’ below.

It’s not the first we’ve heard of Alchemist this year: earlier this Summer, he dropped new album Russian Roulette, a record that leant heavily on Russian samples and featured spots from Danny Brown, Schoolboy Q and more.