“We wanted it to be more organic.” Animal Collective talk new LP and early influences 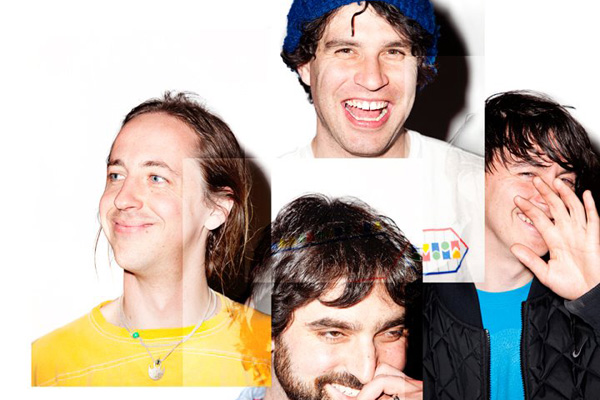 Animal Collective’s Centipede Hz, the follow-up to 2009’s world-conquering Merriweather Post Pavilion, is naturally one of the most anticipated albums of this year.

In an interview by Will Hodgkinson in the new issue of Mojo, the band talk more about its genesis. “This time we wanted it to be more organic,” Josh ‘Deakin’ Dibb says. “We worked eight hours a day, five days a week, and the heart of the idea was to be a garage band, showing up every day and getting on with it.”

The ‘Collective also talk about their  influences, citing Black Dice as a key formative inspiration. “We would go to a weird Polish bar on the outskirts of Brooklyn,” remembers Dave ‘Avey Tare’ Portner, “and see these dudes show up with a bit of equipment and do something so chaotic it was almost frightening. You had no idea if it was going to be a great night or an awful one.”

“We realised there was a new energy in music,” Noah ‘Panda Bear’ Lennox adds. “Things could be different. The other big influence was Sun City Girlss: they might make a crazy spoken word album, and then a beautiful pop song, and then a film it was freedom.”

Asked about their plans post-Centipede, Deakin replies: “If you asked any of us if we were going to make a record after this one, we couldn’t tell you.”

You can read the full article in the new issue of Mojo, out now.