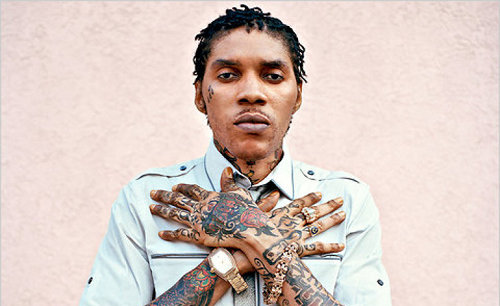 Kingston Story, last year’s Vybz Kartel album, will be made available physically for the first time on vinyl and CD.

Produced by Mixpak label boss and Major Lazer collaborator Dre Skull and until now only available digitally, Kingston Story marked Kartel’s last high-profile release before being arrested in September 2011, charged of murder, conspiracy to commit murder, and illegal possession of a firearm following the deaths of promoter Barrington Burton and Clive Williams. Kartel was granted bail for Burton’s murder this year, but remains in jail due to his suspected involvement in Williams’ death. Despite being inside, Kartel retains status as arguably Jamaica’s most celebrated dancehall act, with a legion of fans both in his home country and abroad.

The full release of Kingston Story comes via Vice, and is expected to see release on August 13. It also features two bonus tracks that weren’t on the original release, ‘Money’ and ‘Good Pussy’.

Stream ‘Half on a Baby’ below, and read Steve Shaw’s review of Kingston Story here.