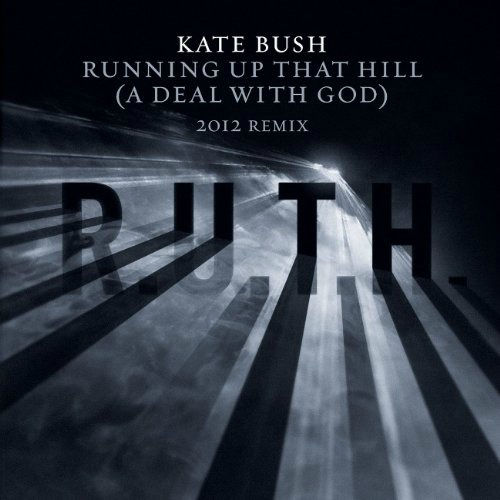 Kate Bush’s ‘Running Up That Hill’ is a meditation on the barriers of communication between lovers, and the perpetual struggle required to maintain a meaningful relationship.

Superficially, though, you can see how it could tie in very neatly with a major sporting event. Hence rumours that a remix of the track, first released in 1985, will be used in the Olympic closing ceremony later this week.

There’s been no official announcement, but a listing on Amazon appeared last night for ‘Running Up That Hill (A Deal With God) – 2012 Remix’, complete with artwork [pictured], and with a release date of August 12 (the date of the closing ceremony) [via Slicing up Eyeballs]. The listing has since been removed.

Bush is famously stage-shy – her one and only tour took place back in 1979 – but her participation in the ceremony, however small, would likely have a leavening effect on proceedings (Muse, One Direction and the reunited Spice Girls are among the acts confirmed for the event).

In the meantime, you can listen to the excellent original version of ‘Running Up That Hill’ below.