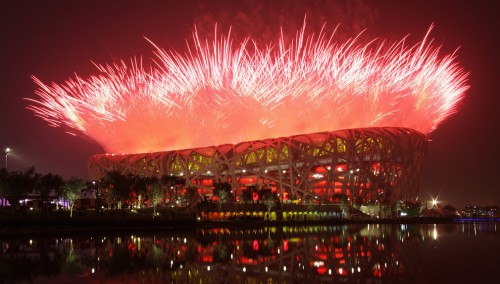 Speaking to The Telegraph, film composer David Arnold – whose soundtrack credits include five Bond films – described his role organising the Olympic Closing Ceremony as being “like spinning plates and they’re all on fire” [via NME]

Titled A Symphony of British Music, the show will be a celebration of British music from the last 50 years, and will unfold over two and a half hours. All the included tracks have been pre-recorded by the London Symphony Orchestra, with vocalists performing live over backing tracks on the night.

“To me, this should be the greatest after-party in the world”, Arnold said. “It will wrap up the spirit of what these Games have been, which is slightly anarchic, slightly mischievous, funny, heart-warming, emotional, inspiring, and uniquely British.”

Arnold kept schtum on the line-up for the event, but this morning we reported on artists who will be – or might be – performing at the ceremony. Muse are a shoe-in, whilst appearances from Kate Bush, The Spice Girls, Ed Sheeran and George Michael have been confirmed with various degrees of certainty.