New talent: Mista Men are here to remind us that dance music is still about dancing

Photo credit: Elliot Holbrow Bored of garage that’s not actually garage? Dance music that doesn’t make you dance? The solution might come in the form of two lads from Doncaster. Mista Men is the tag-team of Mella Dee and Woozee, and their rugged productions only draw from the most danceable parts of UK soundsystem culture, […] 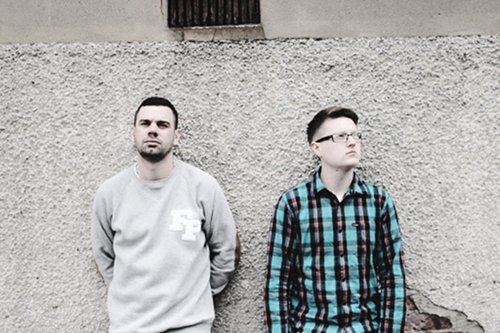 The solution might come in the form of two lads from Doncaster. Mista Men is the tag-team of Mella Dee and Woozee, and their rugged productions only draw from the most danceable parts of UK soundsystem culture, whether that’s 4×4 garage, bassline house or 2step. FACT caught up with Mella Dee to talk about the group’s origins and futures, and why it “only makes sense that what they do is aimed at the dancefloor.”


“Lately there’s been a lot of garage or garage-influenced stuff that doesn’t work…too many dull pads and chords.” 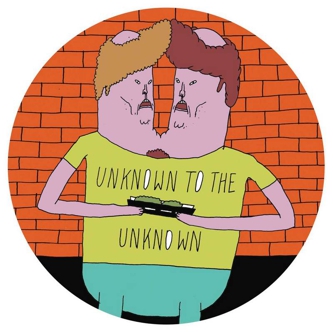 First off, can you introduce yourselves? How did you meet, when did you form Mista Men, so on and so forth?

“Mella Dee and Woozee, not sure exactly when we met, was a while back like, probably when we were like 16 or something through some mutual friends. Mista Men probably came about 3 years ago, we’d been DJing for a while then started to produce, then just logically decided to make some stuff together, it worked and then after a bit of time came with the Mista Men moniker.”

Obviously 4×4 garage seems to inspire – sometimes define – a lot of the music you do. Is that something you bonded over your love for, or did one of you get the other one into it?

“The 4×4 thing is largely down to my love for it probably, it’s just a sound I really relate to, love the power, it’s a sound we really enjoy pushing. For sure it does sometimes define our sound, it’s kind of on purpose. I really felt like keeping a distant from the whole ‘future garage’ thing with our sound, just wanted to make it have that rudeness. There’s been a lot of garage or garage-influenced stuff that doesn’t work for me lately, too many dull pads and chords.”

Are there any particular artists or experiences that have really shaped the Mista Men sound?

“Hard to say really, obviously with it being two of us we both have our own things they have influenced us. I’m more influenced by old garage than anything else, so that whole sound has obviously helped shape the Mista Men sound, being part of the bassline scene swell. I used to resident at a night in Doncaster every week so I was fully immersed in that sound.”

What about Woozee then, what’s his background?

“Largely drum & bass really, that’s what he learned to produce making pretty much, he’s got a big love for Detroit techno though, he’s been going back to making some of that on a solo tip lately.”


“The police won’t even let a night run if there’s a name heavily associated with bassline advertised, or if playing bassline is advertised. It’s insane.”

Do you have much time for music that’s not dancefloor? What I find really refreshing about your productions is that out of God knows how many you’ve sent us, every single one seems to look squarely at the ‘floor. Is that always your primary aim when making music?

“Yeah, I’m down for whatever really, its just the fact really that we’re dance music producers, so it only makes sense that what we do is aimed at the dancefloor.  Everything we make, I’d say this goes for solo work as well, it’s designed for people to dance to. It’s the most important aspect of making dance music, if we cant achieve that then its not really dance music at all for me.”

Do you see yourself branching out at any point, producing more ‘headphone’-type stuff, or backing music for singers?

“Working with and for singers is an obvious thing we want to do, making garage it just makes sense we’d have vocal tracks, or write stuff for other people if the chance arose. But on the ‘headphone’ type of stuff, if/when we get a chance to write an album it wont just be club bangers. I feel that would be the time to really showcase different musical influences more and see where we could take it.”

What about bassline/Niche? Is that a big touchstone for you? Do you still play much of it out?

“Being from Doncaster, which is only 15 mins away from Sheffield, bassline is a huge thing for us. At its best the sound is really special for me, so much energy, it’s a shame how hard it actually is to put on bassline nights and even advertise playing bassline these days. But yeah, any sets you’re pretty much guaranteed to hear a fair wedge of stuff, it’s good as well because same with old garage, a lot of the stuff still sounds fresh to people who have never really experienced it outside of the pop chart success it had.”


“A lot of old garage still sounds fresh to people who have never really experienced it outside of the pop chart success it had.”

When you say it’s hard to put it on, do you mean because of the violence at Niche nights? Or because it’s not so in fashion now?

“Yeah it’s basically all just because of the reputation bassline / niche has in a lot of northern cities, certainly in Sheffield. Its basically a full blown thing where the police won’t even let a night run if there’s a name heavily associated with bassline advertised, or if playing bassline is advertised, it’s insane, no matter what music scene you’re into or what club you go to, there’s always trouble, but it’s just so badly locked down with bassline, massive shame as there’s still so many people striving to go to these kind of raves, but it’s just not really possible.”

Tell us about Jackin’, something which seems to be finding its way into Southern DJs sets a little of late, though not to the extent that bassline did – it hasn’t had a ‘Heartbroken’, for instance.

“I’m a bit in two minds as regards Jackin’. At its best there’s some really good stuff. But there’s so much stuff that really isn’t great, and essentially a lot of it is basically like a slowed down cheesier sounding bassline. It’s the thing up here at the moment, the nights are getting packed though, but the scene just isn’t my vibe.”

What do you guys have in the pipeline?

“Just sorting out a few releases, got a new track coming on a Unknown To The Unknown bassline compilation which should be good. Both working on solo material too, got a EP on Coyote as well, so there’s a fair bit happening.”